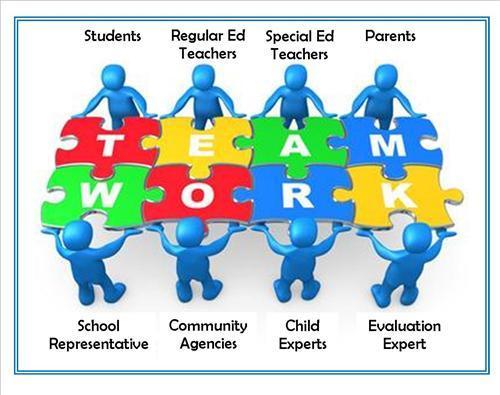 Please check our page regularly as we update it with new information throughout the year.

We want to hear your voice. If your child is receiving Special Education Support from Merrick, please follow the link to fill out a survey.

Council of Parent Attorneys and Advocates. "Protecting the Legal and Civil Rights of Students with Disabilities and their Families". https://www.copaa.org/   -

"At Advocates for Children of New York (AFC), we are dedicated exclusively to protecting every child’s right to an education, focusing on students from low-income backgrounds who are struggling in school or experiencing school discrimination of any kind". https://www.advocatesforchildren.org/

"We give young people with disabilities from birth to 26 and their families the knowledge, confidence, and skills they need to make informed decisions, effectively access and navigate systems and services, and the ability to advocate for themselves and other young people".  http://www.includenyc.org/

Special education is a type of education that specializes in meeting the needs of physically or mentally handicapped children. Specialized education is provided in a classroom or private institution. 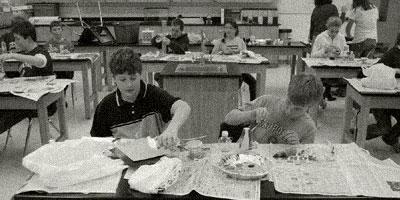 image by: vastateparksstaff cc by

Special techniques, materials, and subject matter are used and an individualized learning plan is designed for each student.

Although special education is a relatively new concept, students with disabilities have been present in every era and society. One of the earliest recordings of educating a child with behavioral difficulties is in the early 1800s when physician Jean-Marc-Gaspard Itard, tamed the “wild boy” of Aveyron, France. Another noted occurrence of special education is when Anne Sullivan Macy worked tirelessly to develop reading and communication skills in the child, Helen Keller, who was deaf, could not speak and blind. In the early 19th century children with severe disabilities such as mental retardation, autism, schizophrenia, and behavioral disorders were recorded. Milder forms, such as dyslexia, became more apparent with the advent of public education.

As early 19th century values began to change so did the treatment of those with special needs. There is documentation to support that up until this time, mentally and physically handicapped people were confined to jails where good food, clothing, and hygiene was non-existent. However, as time passed, people who suffered from mental illnesses were now treated in mental hospitals and reform schools were available for children with aggression and behavioral problems. It is around this same time that schools were established for the deaf, dumb and blind and other institutions were created to treat those with severe mental retardation. Although certainly not ideal, the care and education of children with special needs had improved somewhat.

The contemporary history of special education as we know it today began after World War II.
It is at this time that advocacy groups formed such as The United Cerebral Palsy Association, the Muscular Dystrophy Association, and the Civil Rights Movement. These groups began to advocate universal education of all children--even those with special needs. In the 1960s, under President Kennedy, more schools granted access to children with handicaps. With advocacy and more children who had disabilities attending schools, the Education of all Handicapped Children Act was established. Also, know as Public Law 94-142, it states that the federal government will support states in “protecting the rights of, meeting the individual needs of, and improving the results for infants, toddlers, children, and youths, with disabilities and their families. PL 94-142 requires schools to provide “free, appropriate public education to students with a wide range of physical and mental disabilities, and emotional and behavioral disorders.” Schools have to provide the most “least restrictive environment” possible. This is achieved through inclusion, mainstreaming, segregation, and exclusion.

The education of special needs individuals has evolved from a time where handicapped children were hidden away and even jailed to a time where individualized learning plans and specialized instruction is provided to meet their needs when they cannot be met in the regular classroom.